I watched a pair of tundra swans on the local marsh. This species, now migrating to the 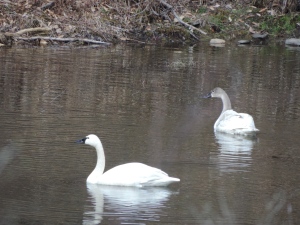 far north, is known to pair for life– an admirable trait for those of us romantically inclined– but the bird whose symbolism really set the tone for my weekend was the common loon.

I was driving to my fishing destination on Saturday when I saw the lone migrator on Crystal Lake. I love to see these singular birds that pass through on their spring and fall migration routes. For me, the loon symbolizes wildness and whimsical beauty (think, “crazy as a loon”). I took the bird as a good spring sign en route to the steelhead grounds.

Fishing for big rainbows wasn’t going to be easy. Not in these days of slim Lake Erie watershed findings. After three hours of hiking and casting, I finally saw my first fish– a squiggly shadow in the rapids that just as easily could’ve been a trembling stick or some flickering ghost of steelhead glory.

I subdued the spawner and quickly set it free. Later, I fished near several fellows in the sprawling waters of Cattaraugus Creek, and no one caught a trout, as far as I could see. Thinking back to my modest catch, I was glad for the persistence involved. 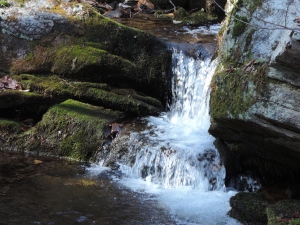 On Sunday I went hiking with my brother and a friend from the Albany suburbs. According to my trusty topographical map, Potter County’s Commissioner Trail was supposed to connect with the Buckseller Trail in the Susquehannock State Forest, but the trail vanished in a clearcut area on the summit of a ridge.

It didn’t matter. Sometimes the best laid trails are like the best-laid plans of mice and men– sprung by circumstance and run amuck. More importantly, the trail and what we made of it were totally relaxing and enjoyable.

Tim and I were students at Alfred University in 1971, forty-five years ago to the day of this particular hike. Thinking back to our initial meeting, I recalled that the Easter sun was out; the snow was melting rapidly. A first woodchuck raced toward its den on the warming slope near Alfred, New York. A small herd of deer leapt across a streamlet in a field of cows.

He’s in there, out of his tree!

He and I had met in downtown Alfred that day. Our walking sticks suggested to each other that perhaps we shared some common interests. We did– we hiked above the village and, eventually, shared 45 years’ worth of rooms and beer and long-distance hiking.

Although we had our family blessings for this latest walk, we three guys missed some holiday fun. Easter eggs were history, but we missed a nice ham dinner and (quite significantly) a miniature whiskey bottle hunt for the older folks.

We might have hiked for six Potter County miles, subsisting on crackers, fruit and peanuts, but the loon spirit came through for us like a piercing roll of laughter.

And the weekend was fulfilling. 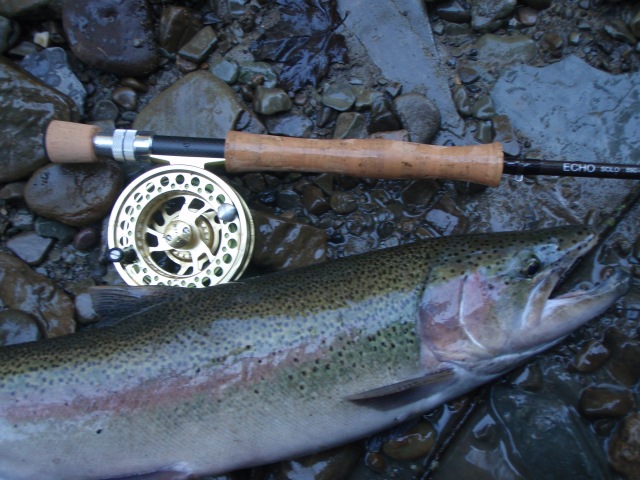 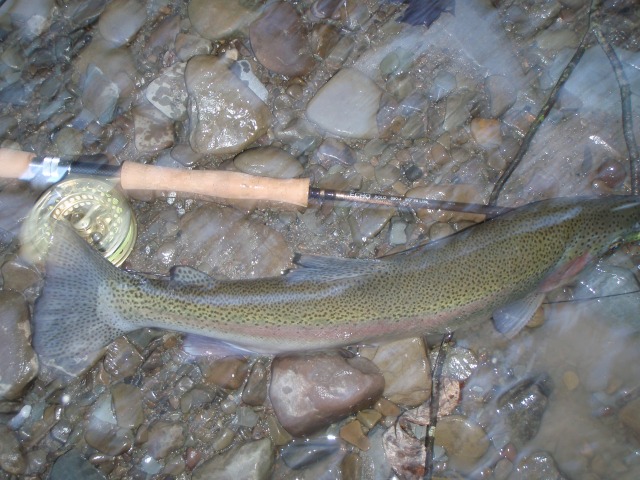 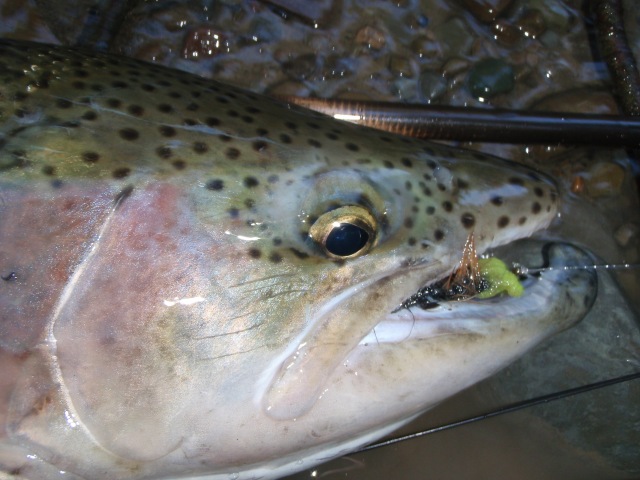 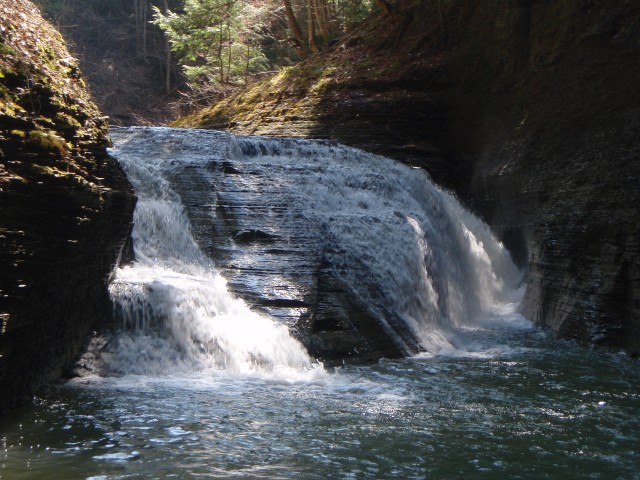 Welcome to Rivertop Rambles. This is my blog about the headwaters country-far afield or close to home. I've been a fly-fisher, birder, and naturalist for most of my adult life. I've also written poetry and natural history books for thirty years. In Rambles I will mostly reflect on the backcountry of my Allegheny foothills in the northern tier of Pennsylvania and the southern tier of New York State. Sometimes I'll write about the wilderness in distant states, or of the wild places in the human soul. Other times I'll just reflect on the domestic life outdoors. In any case, I hope you enjoy. Let's ramble!
View all posts by rivertoprambles →
This entry was posted in Uncategorized and tagged Alfred U., birding, Easter, fishing, friendship, hiking, loons, pagan views, Potter County, steelhead, swans. Bookmark the permalink.

17 Responses to Of Birds, Friends, Trout, and Hiking Trails