Scop, you say? Well, my dictionary defines the word as a bard, or poet, of the Anglo-Saxon days in ancient England. I was drawn to the word and to the scop’s role in medieval time because of the pandemic and the way its subsequent restrictions have revised my own approach to the environment.

Unlike all other photos here, this one is from Pine Creek where I saw no sign of trout.

A midday visit to the upper river struck me as the start of something new. Although I’ve admired this particular stretch on numerous occasions while passing by on other fishing trips, I had never taken a closer look. This was my home river and I should have known it better, but the word had been out– the water was marginal, of minimal interest to an angler looking for wild trout and its habitat. 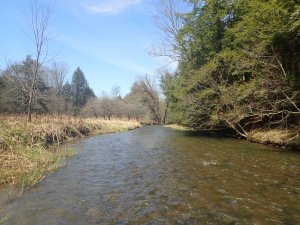 on the new stretch…

My inner scop was ready to begin from scratch… To fly fish on a clean stream of experience close to home, to scope out the poetry of earth the way that minstrels did in days of yore, if only to appease my need of trying something different in these difficult times… It was like teetering on the brink of new creation all over again. 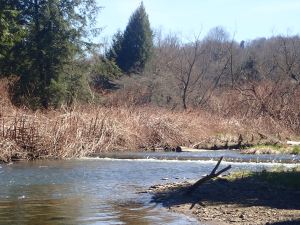 I saw a woman walking to the mailbox with her dog, then parked my car along the road nearby. Was it still okay to fish the posted river out beyond? Certainly. I thanked her and began my walk into the valley with its views of tamarack slopes and greening fields. The old Baltimore & Ohio Railroad bed provided a scenic walk along the river with its prospects of wild trout or holdover browns. 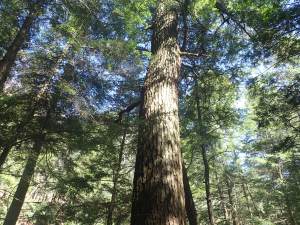 large hemlocks shade a portion of the stream…

For a fringe-dweller like myself, imagining a scop’s intent was fairly easy. April sunlight and the warming air felt good; there would be no one else around for hours. Spring could make a rambler feel both old and young at once, and I was hell-bent on investigating the river and its poetry in whatever form it might be given.

just can’t get away from phones these days…

As I said, the stretch was new to me, but I had recently enjoyed two previous occasions on this river. I had learned to be ready with a landing net. There had been several encounters where I could have used one.

The hemlock-shaded holes and riffles were productive. I ignored the hatch of blue-winged olives and the smaller blue-quills since I saw no other interest in the mayflies. The fish were hungry for a bigger meal, and they readily grabbed a Woolly Bugger– each fish a surprise here in the woods where I had thought the stream had largely given up on trout.

The scop’s surprise received a double shot of wonder as he worked the longest and deepest pool without success. What the hell… Not a single fish responded to the big fly in this pool. Then he heard a loud splash in the riffle just upstream. Imagination? No, another splash, and then a first large mayfly– the blue-gray Hendrickson (E. subvaria)– fluttering past his vision.

3 p.m., April 20th, northern Pennsylvania. The time and place coincided perfectly with past experiences of fishing to this hatch! The Hendrickson was on, emerging in profusion, and this was where the dry fly season kicked off new excitement for the angler. He would net five brown trout in that riffle with a floating Hendrickson and then return them with a shake of his head.

The fish, from 12 to 16 inches long, appeared to be holdovers from a year gone by… The scop looked around… A dream? No boot track in the mud, no discard at the water’s edge. The river spoke with syllables of water over stone. 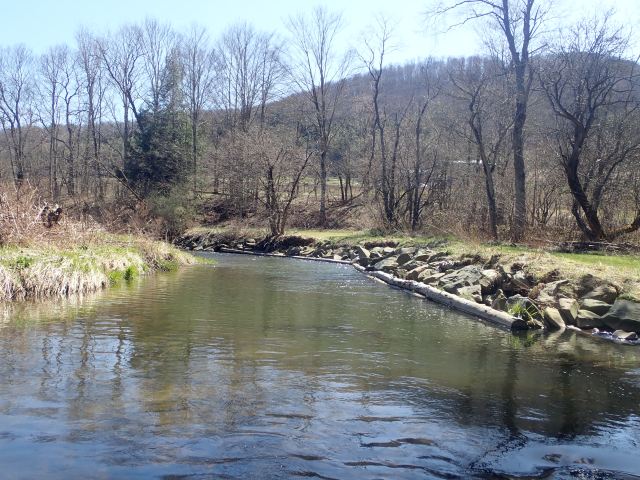 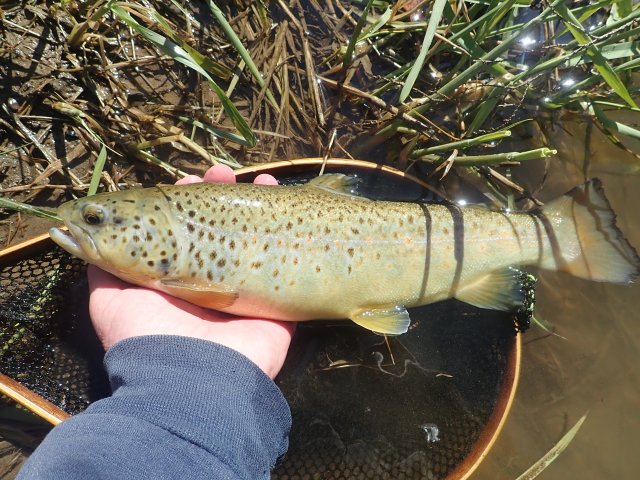 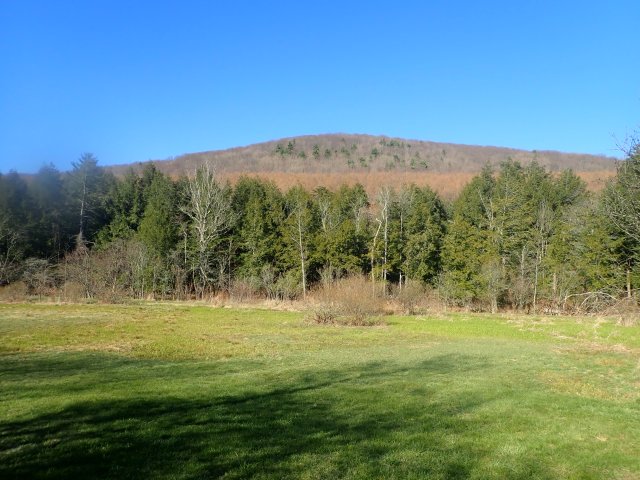 Welcome to Rivertop Rambles. This is my blog about the headwaters country-far afield or close to home. I've been a fly-fisher, birder, and naturalist for most of my adult life. I've also written poetry and natural history books for thirty years. In Rambles I will mostly reflect on the backcountry of my Allegheny foothills in the northern tier of Pennsylvania and the southern tier of New York State. Sometimes I'll write about the wilderness in distant states, or of the wild places in the human soul. Other times I'll just reflect on the domestic life outdoors. In any case, I hope you enjoy. Let's ramble!
View all posts by rivertoprambles →
This entry was posted in Uncategorized and tagged creation, environment, fishing, fringe-dweller, Hendrickson, home water, nature, pandemic, poetry, rambles, scop, small streams, wild trout, writing. Bookmark the permalink.