Posted on January 22, 2020 by rivertoprambles

1.  Trails.  Chemung– a river in the large Susquehanna watershed of New York State and Pennsylvania. A place of towns and cities, Corning and Elmira, linked to farm communities, even to pockets of wildness, vestiges of pre-colonial America.

Looking back– low mountains wild with “game lands” and a bit of public access. Seven miles of trail for recreation. Two miles into the forest, I recalled a fishing jaunt for smallmouth in the river just below a major bridge near Corning. Stone and concrete rained down from the bridge’s underside, spattering water like a hail of bullets. I got out of there then took a phone call from my wife. An earthquake had rippled northward from Virginia. Our technology and hubris, our shields from the “acts of God,” were not as impenetrable as we’d thought. The Earth, after all, was alive and breathing.

Soon the wild Chemung diffused the traffic sounds, replacing them with water, wind and birds. Rose-breasted grosbeaks perched in a solitary maple functioning as a rest stop on their late migration. Sun reflected from these black-and-white songsters, drawing the eye especially to the rose-red plumage of the males. Eventually I came to a stony outcrop overlooking the river valley. There a timber rattlesnake, large and brown, sunned itself beside a crop of violets, raising the pulse of wildness to the surface of my skin.

Returning to the sadly broken world, I flushed a bald eagle from a field’s edge where it fed on road-killed deer deposited by government workers. It flew toward the river and its promise of a fresher meal. Each pocket of the wild connects us to a universal nature. We can try to harness and control our world, assault it with machinery and logic, but the hope for peace and natural beauty will remain– a feather wafting slowly on the breeze. 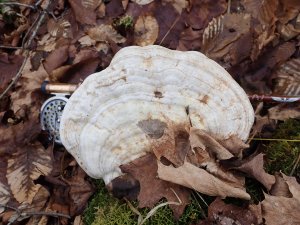 2.  The David. We stumbled in, not quite knowing what it was. Yeah, The David’s neon glow, its name, its fine location on a brick road lined with boarded architecture.

Something other than our wisdom told us this was not another biker bar. A line of dour-looking drinkers studied our approach– in ragged jeans and jackets of uncertainty.

With a beer in hand, we walked toward a quiet, nebulous den at the back of the establishment. We could play pool there underneath a low-hung chandelier, an ornament that might have passed review in a grand hotel, but looked ridiculous among the graphic posters nailed to plywood walls. Whoa! … A blast of cruel guitar notes slammed us to an island of complete sobriety. A globe light spun alive and washed us in a sea of colors.

Welcome to The David! Welcome to Michelangelo’s sculpture, rising to perfection out of marble– body so composed, so tense, titanic, anticipatory, and, for local purposes, entirely naked! We were stranded, dazed, until the bartender strode to our rescue and controlled the speaker’s volume. 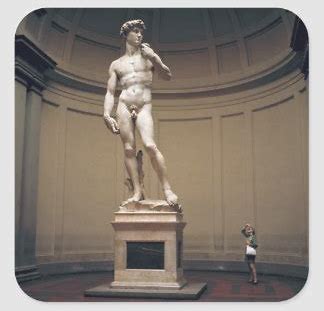 In appreciation, we brightened the chandelier for billiard action underneath the watchful eye of public-service posters pushing condom use. One poster showed a modern Adam with a coil of chain where the fig leaf should have been. Afterward, we joined the bar and took stock of our company.

An obese fellow sat alone with his drink. A white youth and an older black man stood together, speaking and occasionally groping at flesh. Two women sat in a booth and whispered face to face. With beers consumed, we dropped our redneck ways and exited The David. The old brick road led outward to the boulevards of revelation.

So, welcome to the corner bars of Earth! To the realms of black and white, of East and West, of Mexico and Canada, of communion and conviviality, of Irish pub and topless bar, of opium saloon and geisha lounge… From The David to The Boar’s Nest to The Lions’ Den, from refuge to refuge, far from the madding crowd… We could tour the great night of Chemung and sculpt new memory– like Michelangelo at his marble– if we did it right. If we toured it artfully, careful not to sculpt a masterpiece of trouble with the blade of stupid drunkenness.

3.  Emily’s Tale. My name is Emily. Last name doesn’t matter. Came from Michigan to Elmira to be closer to my daughter, and farther from my marriage and divorce. When I was little I had blondish pig-tails. Liked to sit with my dad at shows featuring Lenny Bruce. Got theater-trained and played in TV soaps. Later, did stand-up comedy but didn’t really like it. I got lonely. Friends said, try the singles’ bars and make them happen. Huh! All I’d do for their horny studs is brand ’em with my insults. What I’d like to work again is theater, but I’m 40 now, and these crows’ feet ’round the eyes won’t help me much.

I do write poetry. Reams of it. I went to a reading the other night. Afterward, met the featured poet at a neighboring bar. I asked him if he published much. He had. Would he like to read some poems I’d written? Sure. He gave me an address. I would send him work. Oh, the drinks were really good. He got excited. Me? I felt like a goddess turned from Hell to languish in some paradise. Was he married? I didn’t ask. Was it friendship I needed, or just someone who could save my poems? 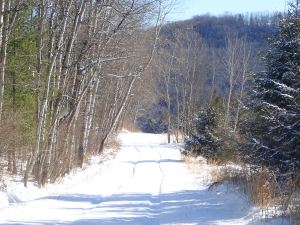 We stepped out to the open air and locked our lips as one, you know? Man, I was rising from the mud, from dungeon to steeple, from an old self to a woman in revision. But– it couldn’t last. I said, “I’ll send some poems. Be honest with me, and please– no bullshit.” Yeah, that was it. He had miles to go. Then it dawned on me. I’d never told him my last name! Well, it doesn’t matter now. Maybe saying “Emily” was enough.

I won’t ever write him. I have poems that wait for me alone. I’ve got a daughter who I love. 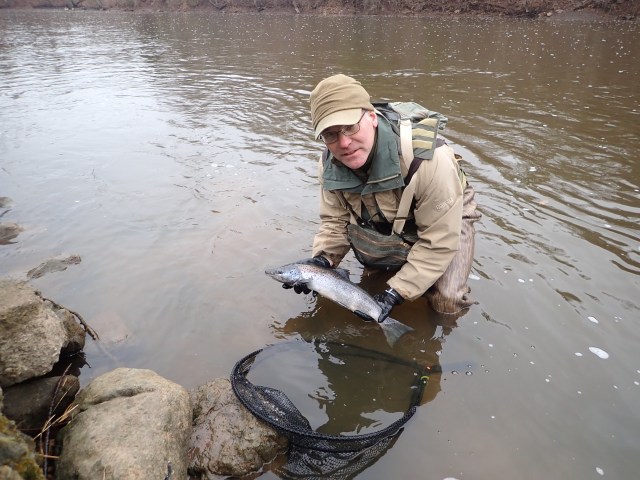 Welcome to Rivertop Rambles. This is my blog about the headwaters country-far afield or close to home. I've been a fly-fisher, birder, and naturalist for most of my adult life. I've also written poetry and natural history books for thirty years. In Rambles I will mostly reflect on the backcountry of my Allegheny foothills in the northern tier of Pennsylvania and the southern tier of New York State. Sometimes I'll write about the wilderness in distant states, or of the wild places in the human soul. Other times I'll just reflect on the domestic life outdoors. In any case, I hope you enjoy. Let's ramble!
View all posts by rivertoprambles →
This entry was posted in Uncategorized and tagged art, Chemung, diversity, human nature, outdoor narrative, poetry, sexuality, tales, taverns, touring, wildness, writing. Bookmark the permalink.