An Adams Will Do

Posted on June 3, 2018 by rivertoprambles

Continuing with my “wings over water” theme of late, I’ve kept an eye out for insect hatches on our trout streams but haven’t seen much yet. Oh, the Sulphur mayflies made an afternoon appearance on Cross Fork Creek. A few March Browns came off the Genesee River (less spectacular than the decent spinner fall at dusk). A couple of Green Drakes and Coffin Flies appeared on Kettle Creek, East Fork Sinnemahoning and Birch Run, but basically the hatches have been underwhelming for me this season, perhaps due to all the high water we’ve experienced lately. 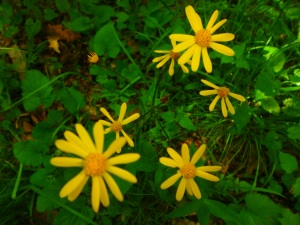 While the fishing has been rather slow, there were friends and songbirds taking up the slack in interest. I had friendly conversations on Cross Fork Creek while watching the Sulphurs and Swallow-tailed Butterflies. 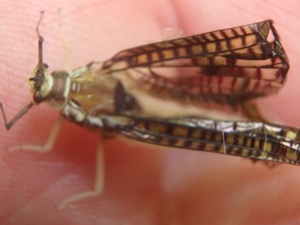 Fishing buddies Tim and Don shared good moments with me on the dusky Genesee River as the spinners sailed down to the water to be intercepted by diving cedar waxwings and song sparrows, by rising trout and other unknown predators. A veery chanted hauntingly and a hermit thrush caroled from a hemlock grove. I enjoyed meeting Eric, from Rochester, who was coming off the river with some interesting perspectives and some skillful use of tandem caddis flies. 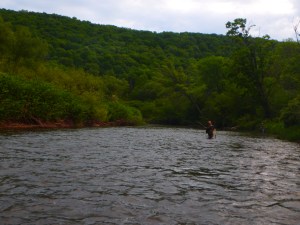 on Genesee, with Tim

My hike into the higher realms of Birch Run was fraught with tight arboreal growth and irritating gnats, but the venture proved the old adage that “the higher you go, the better the fishing gets.” All I needed was a short fly rod and a small dry Adams on the line. The brookies were accommodating, and the raspy robin-like song of scarlet tanager lent a soothing aura to the deep greens of early June. 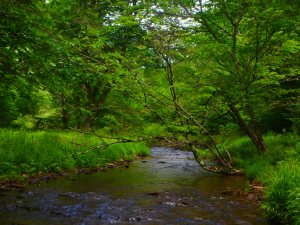 For a change of pace, I returned down valley to the East Fork Sinnemahoning. The overcast sky remained a blessing, and the valley breezes blew away the pestering gnats. The creek seemed full of hungry brook trout (hatchery fish from 10 to 12 inches in length) and rainbows up to 14 inches long that chased a drifting Adams. Most welcome, too, were several wild brook trout adding color to a somber hour on the water. 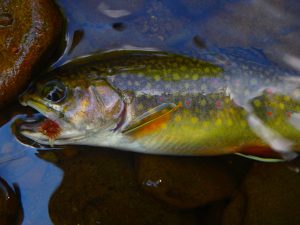 Alhough the streams were flowing high, the rising water temperatures had apparently spurred the trout to feed on or near the surface. Hatch activity was minimal, so the classic Adams, the generic caddis/mayfly pattern, is all I needed for an artificial fly. Simplicity, when you find it, is a beautiful thing. 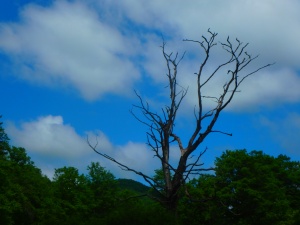 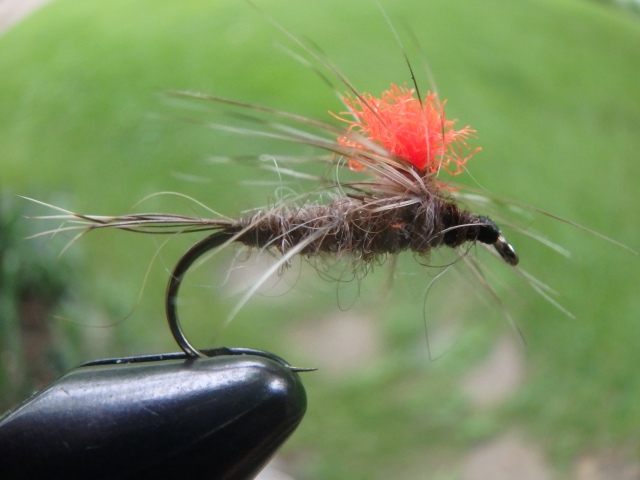 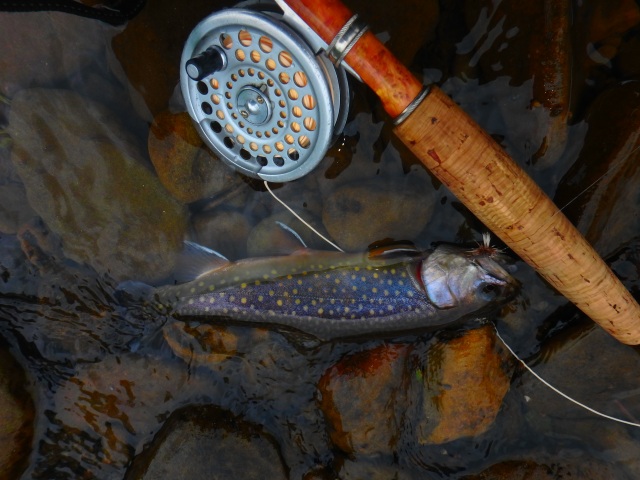 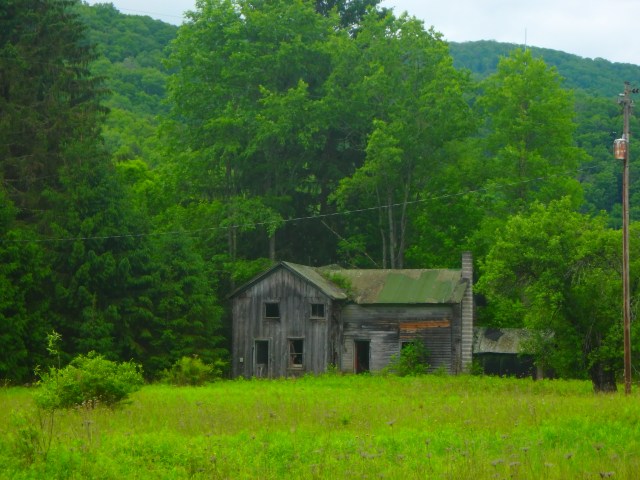 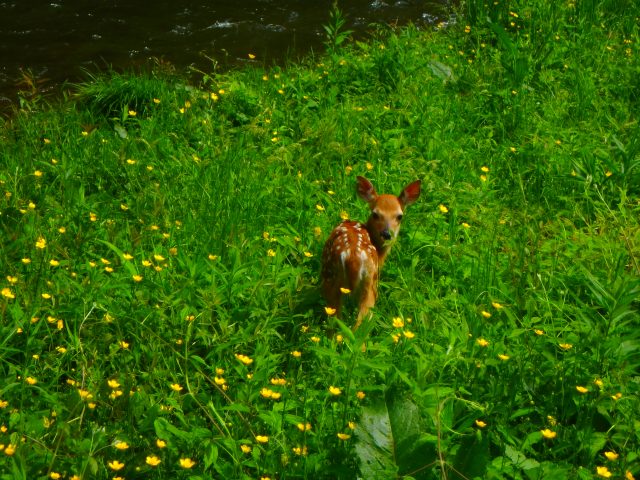 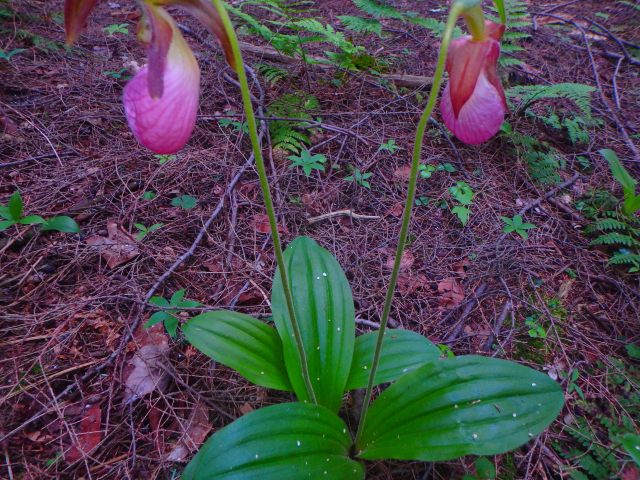 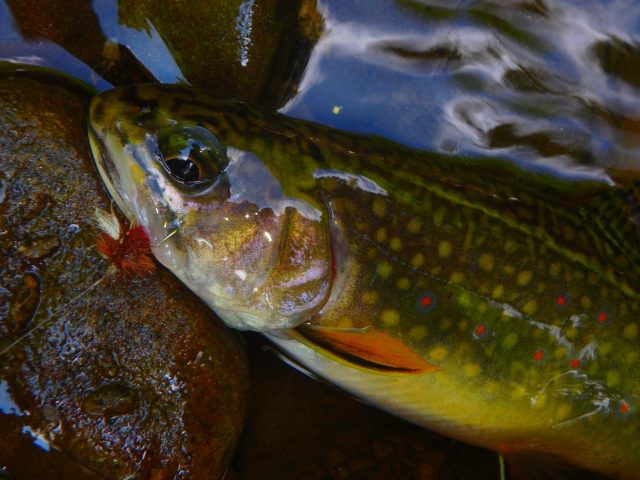 Welcome to Rivertop Rambles. This is my blog about the headwaters country-far afield or close to home. I've been a fly-fisher, birder, and naturalist for most of my adult life. I've also written poetry and natural history books for thirty years. In Rambles I will mostly reflect on the backcountry of my Allegheny foothills in the northern tier of Pennsylvania and the southern tier of New York State. Sometimes I'll write about the wilderness in distant states, or of the wild places in the human soul. Other times I'll just reflect on the domestic life outdoors. In any case, I hope you enjoy. Let's ramble!
View all posts by rivertoprambles →
This entry was posted in Uncategorized and tagged Adams dry fly, brook trout, fly tying, fly-fishing, friends, Genesee River, hatches, high water, nature, Sinnemahoning, songbirds. Bookmark the permalink.

15 Responses to An Adams Will Do