Posted on June 1, 2017 by rivertoprambles

I prepared for the long holiday weekend by assisting middle-school students in the planting of flags at the gravesites of veterans and fallen soldiers. The Veterans Administration Cemetery at Bath, N.Y. is a huge place, with thousands of gravestones on a landscaped hill, and the kids did an impressive job while trying to grasp the meaning and immensity of it all.

wild columbine, one of my favorites

My son and his wife joined us Saturday from D.C. and we revisited Letchworth State Park where the home river falls dramatically through an impressive gorge. The weather was dreary and wet, but our walks to the Middle and Lower falls and other sites were stimulating. We eventually hit the road and headed for Corning’s Market Street Brewery and the Glass Fest revelers jostling in the streets. We settled at a second floor table of the brewery on a deck above the crowd. Our food and drinks were delivered by a waitress named Alyssa– who doubles as a daughter of Leighanne, my wife, and me. 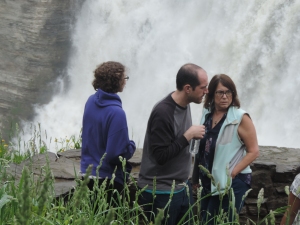 On Sunday we buried my mother’s ashes at the family farm beside memorial stones established for the parents. Following some special recollections, we repaired for food and drink at my brother’s home nearby. The good times would continue as I visited the upper Allegheny River and worked through the selective feeding habits of rainbow trout responding to insects hatching near the surface. 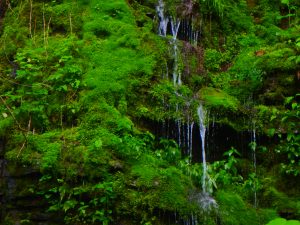 On Memorial Day, in Slate Run, Pennsylvania, we said goodbye to Brent and Catherine (returning to the tropical and politically toxic environs of Washington, D.C.) following a tasty lunch prepared by Wolf’s General Stone which, conveniently enough, is enjoined to one of my favorite fly shops on the planet. 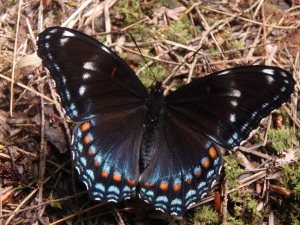 After lunch, I assembled Chester the Fly Rod and equipped him with the first of several imitations to be cast while walking a familiar creek. Several mayfly species hatched sporadically along this beautiful water and suggested that a dry fly was the ticket to success. It took a deeply drifted nymph, however, to connect with a wild brown trout measuring 16 inches in the net. 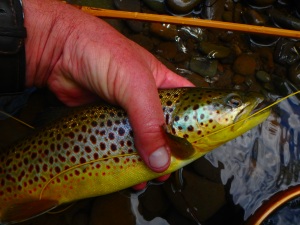 Returning home in late afternoon, we stopped at Pine Creek (above the mouth of Babb) where I hoped to re-experience the fabulous Brown Drake hatch that had vexed me there some 30 years before. Those problematic drakes had left an indelible impression on a young angler’s mind. Well, the hatch was there again, much smaller than the one that introduced me to it long ago. The big mayflies rose up from the water like a net for catching dreams. 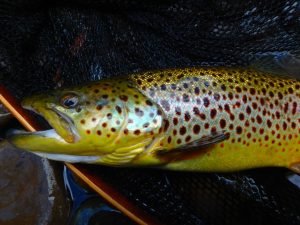 gave Chester quite a bend

It wasn’t easy getting action from those trout. The browns would snap at the big dry fly, missing, till I switched the “Catskill tie” to one that had a parachute design. Finally, a heavy brown trout fell into the net, and it was time to bid the waters adieu.

The month of May is wonderful, but gone for now.

I hope you had some good days, too. 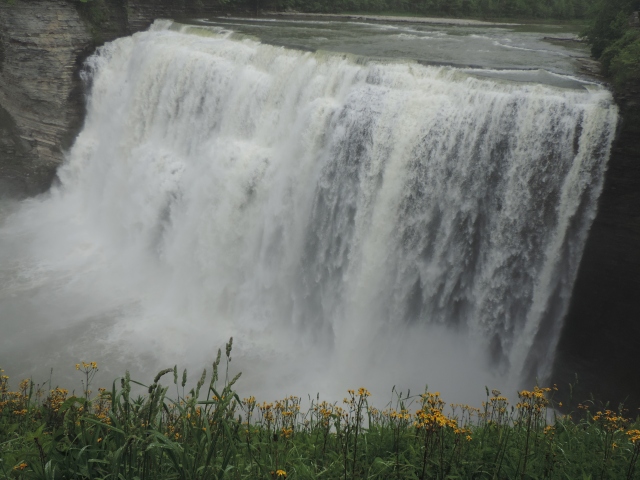 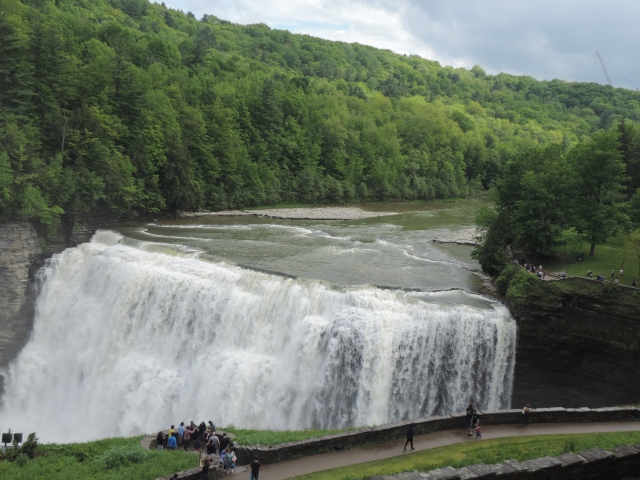 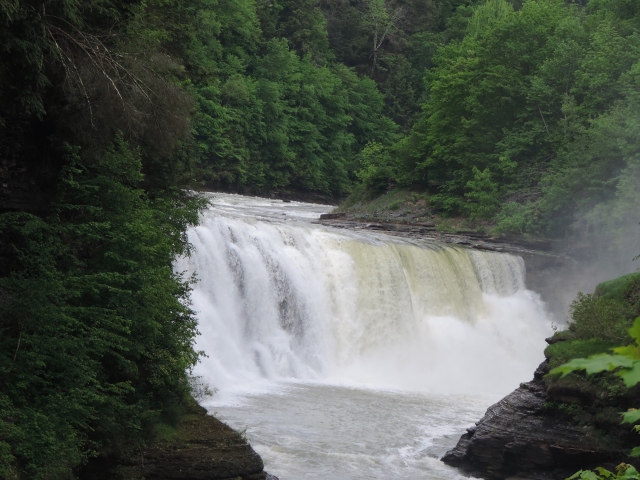 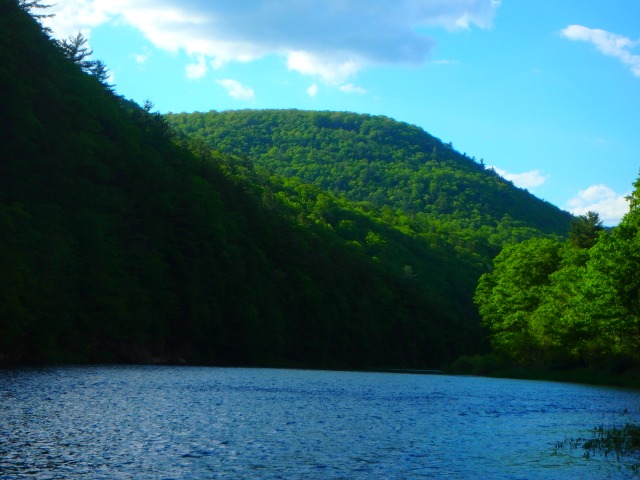 Welcome to Rivertop Rambles. This is my blog about the headwaters country-far afield or close to home. I've been a fly-fisher, birder, and naturalist for most of my adult life. I've also written poetry and natural history books for thirty years. In Rambles I will mostly reflect on the backcountry of my Allegheny foothills in the northern tier of Pennsylvania and the southern tier of New York State. Sometimes I'll write about the wilderness in distant states, or of the wild places in the human soul. Other times I'll just reflect on the domestic life outdoors. In any case, I hope you enjoy. Let's ramble!
View all posts by rivertoprambles →
This entry was posted in Uncategorized and tagged Brown Drake, environment, family, fly-fishing, good days, holidays, Letchworth State Park, mayflies, nature, photography, Pine Creek, Slate Run, veterans, waterfalls, writing. Bookmark the permalink.