Intending to spend the whole day fishing the Rapidan River inside Shenandoah National Park, I fished it and even took a pleasant side excursion on a brook trout tributary. 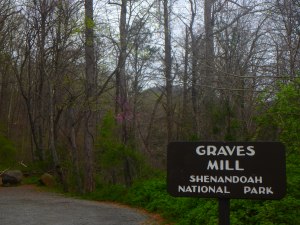 White trilliums were the flower of the day, nodding their invitations to an angler with a camera and a sense of curiosity. The sky was moderately overcast, a security blanket for a guy intent on catching and releasing wild trout. A fellow hiker approached me on the trail and said, “That’s  a nice old bamboo you’ve got there,” and I appreciated the comment, but added, “Actually the rod’s only a few years old. It’s been used a bit, and grown a couple of grey hairs already. Life experience, you know.” 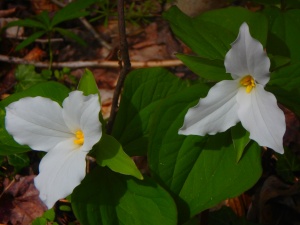 Life experience reoccurred half an hour later when I took a tumble along a rocky path beside the Rapidan, and Chester the fly rod flew to the ground ahead of me. Thankfully, the rod escaped real damage or serious scarring. My favorite Shenandoah river had a full-flowing body, wild and April cool, and its brook trout rose occasionally from the depths to strike the floating Stimulator and to spike excitement in the bloodstream.

The hiker who commented on the fly rod also asked if I was heading up the Staunton River (no doubt named for my friend Bob S.,the Flyfisher, although the spelling has been altered to protect an innocent stream) . I told him I might investigate it on my way back down the Rapidan, and he said the fishing could be decent on the rocky run. 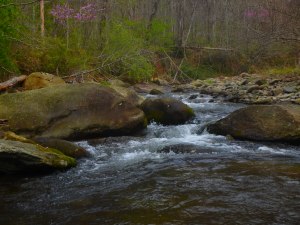 I’ve tried the Staunton at the lower end, but the so-called “river” hasn’t looked larger than a brook on those occasions that I’ve seen it in the past. The hiker said that the holes and plunge-pools are enticing at this time of year, but you’ve got to hike and climb the stream for a mile or so to really appreciate it.

That sounded good to me. The stream would be like a buffer between a social venue and a wilderness. I hiked and climbed it for about a mile, and I’m glad I did. If I fish it again, I’ll have a smaller rod to cast with, say a 6’6″, rather than a longer stick. 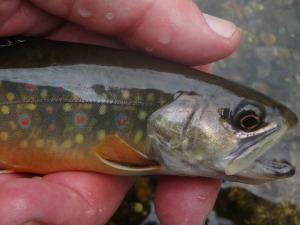 As for the Rapidan, I’ll be quiet at this point and simply say that the world is a better place for a stream like this. Let’s keep it clean and looking wonderful.

My last couple of days fishing in the Blue Ridge were mostly spent trying to find new streams and interesting water close to my napping spot in Blossom Town. My god– the dogwood, redbud and azalea blossoms covered with birdsong were a sweet distraction to a guy putting on his waders (leaky ones at that). 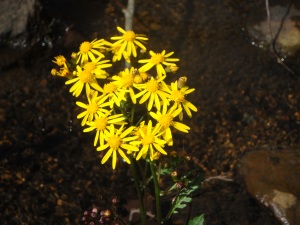 One day I fished the Pocosin and caught a couple of brookies there. Another time, Leighanne, Richard and I hiked the lower White Oak Canyon near Syria VA. The climb to the lower waterfall was stimulating despite an overabundance of hikers like ourselves. The run’s variety of holes and plunge-pools called to several fly-fishers, including myself and a younger guy from South Carolina. The two of us seemed to leap-frog past each other testing the waters of this pretty stream. 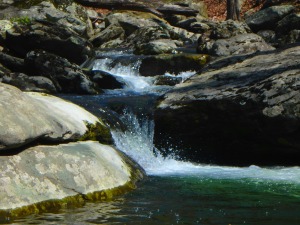 Comparing  fishing rods, the Carolina fellow said that I was using “grass” (bamboo) and that he was casting “glass” (fiberglass). Together, along with a hundred hikers, we reached the scenic waterfall, and some of the  mob continued on toward Skyline Drive.

The trout were as sparse as the hikers were numerous, but one of the trout was memorable… 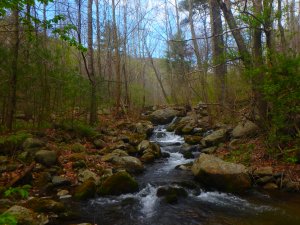 Switching from a dry fly to a bead-head nymph, I connected with a good fish in a deep, rocky pool. It had shoulders on it and a weight reminding me of stocked fish that had overwintered for a couple of years. Okay, you see it coming here– the fish bent the rod and shook its big head several times before breaking off the fly and digging under the boulders.

No doubt it would have been my biggest Blue Ridge trout to date. It could have been…Well… let’s leave it there. I was happy to bend the “grass” in that pool, and to start packing out some memories from my buffer zone in spring. It was a nice week for rambling– in a place between the timeless mountains and a world that passes all too fast. 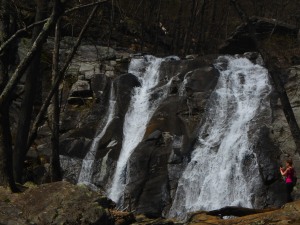 [Part 3 concludes the Blue Ridge Buffer series. Thanks for coming along!] 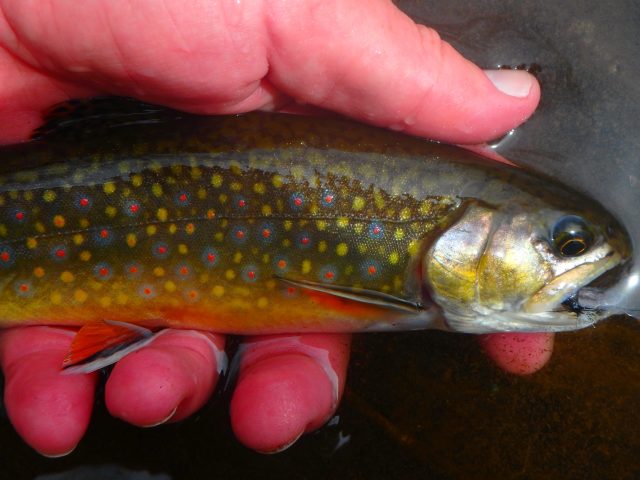 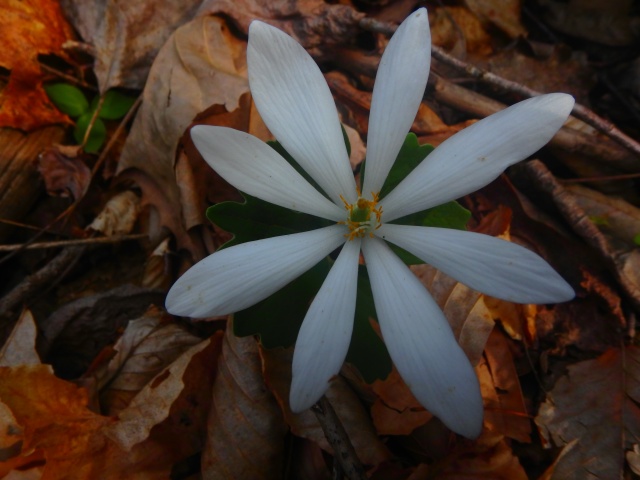 Welcome to Rivertop Rambles. This is my blog about the headwaters country-far afield or close to home. I've been a fly-fisher, birder, and naturalist for most of my adult life. I've also written poetry and natural history books for thirty years. In Rambles I will mostly reflect on the backcountry of my Allegheny foothills in the northern tier of Pennsylvania and the southern tier of New York State. Sometimes I'll write about the wilderness in distant states, or of the wild places in the human soul. Other times I'll just reflect on the domestic life outdoors. In any case, I hope you enjoy. Let's ramble!
View all posts by rivertoprambles →
This entry was posted in Uncategorized and tagged bamboo fly rods, Blue Ridge, brook trout, environment, fiberglass rods, fly-fishing, hiking, mountains, nature, photography, rivers, Shenandoah Nat'l Park, small streams, Spring, travel, Virginia, waterfalls, wildflowers, writing. Bookmark the permalink.