So, How Was the Fishing?

1. Sometimes when there’s nothing new to say or to add to the overall blogging compost, I like to hear that ageless question directed at a rambler on the trail or in the water:

“So how was the fishing?” 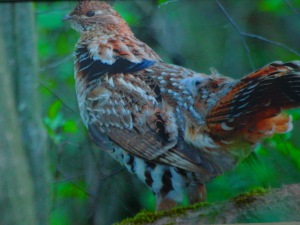 Hearing it, I think, well… everything is okay. I may have been ill for three weeks, but now I’m back in the game and everything’s alright.

The sky was overcast, the air was comfortably warm along the trout stream that I’ll call “Fisher Brook.” I hiked the forest trail that parallels the stream for about a mile before I dropped down to the narrow tumbling brook and started casting. It was good to be out fishing once again, but I had to wonder why the water level seemed so low considering that a foot of snow had recently melted from the slopes. 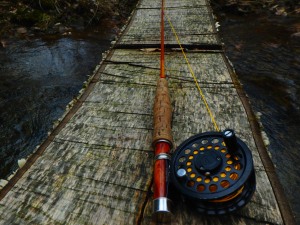 Casting a variety of nymphs and dry flies, I found that the Little Black Stonefly nymph was the most effective pattern of the day (no surprise there, considering the prevalence of the natural at this time of year). After several hours of wandering and casting in solitude, I hiked back to the car. No one asked me how the fishing was, but the forest creatures had a way of forwarding the inquiry. I translated:

“So, how was the fishing?” asked the ruffed grouse and the “fisher cat” and the cherry tree, among other friends in the non-human realm. 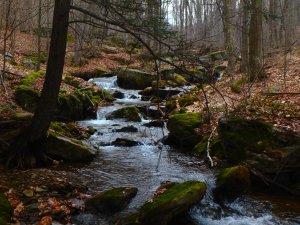 “Well, I did better back in January when the springtime seemed a million miles away. That was something, when the brookies rose to a dry fly in 42 degree water. Today was a lot warmer, though the water temperature may have been the same. I caught a few small ones, pretty little things, with the best fish going about seven inches in length. Not bad, but not as good as we’d expect.” And then I added: 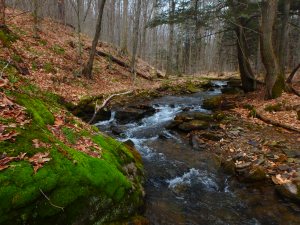 2. The next day I was on a steelhead stream in the Cattaraugus watershed, and the contrast with Fisher Brook was dramatic. I visit every March, and every year my eyes are opened by the flood damage and the creek’s unstable character. Before arriving, I never know if I’ll be interested in resuming the quest for steelhead (at least here), but once I’m on the water I’m ignited for the two-mile trek to the spawning grounds.

As usual, I parked my vehicle at the tavern parking lot where the tributary enters the wide, brawling river. The tavern owner stood outside and drawled his welcome to me as a fisherman. I appreciated his summary of angling conditions and I promised to return for beer and food when my day was over. 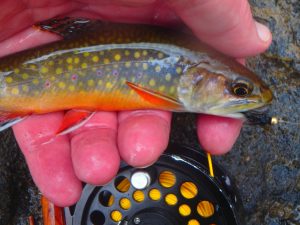 There’d be nothing new for me to say on this occasion, but sometimes even the repetitive mantra, “nothing doing now,” is a welcome sound to the dedicated angler or hiker.

As with Fisher Brook, I basically had the stream to myself. In this case, fishing in solitude probably meant that few, if any, steelhead would be found in the high, chill waters. Maybe the creek needed to warm up a few degrees before the steelhead run began in earnest. The stream’s dark and silted water was a perfect cover for the fish. Unlike my route at the brook trout stream where a forest trail assisted me, this was two miles of crossing and re-crossing the same trail-less, clay-colored waters where hope was as fragile as a first spring wildflower. 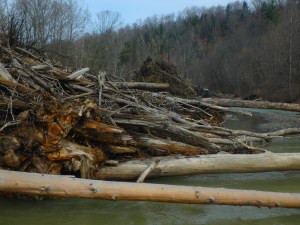 Back at the parking lot and inside the crowded bar, fellows I had never met before (some of whom may have never fished a day) shouted their friendly question: “So, how was the fishing?”

Wow, someone actually cares about these fruitless attempts? The inquiries seemed at least half sincere, so I appreciated the chance to tell one and all that even though the fishing sucked, at least I tried and, actually, it was kind of fun.

The question formed a line in the air (not unlike a fishing line with a fly at tippet’s end), and my answer rose to greet it and be hooked by satisfaction. 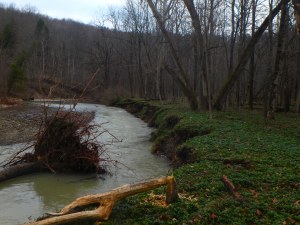 I considered buying a few of these guys a beer. And, of course, I added my few golden words: 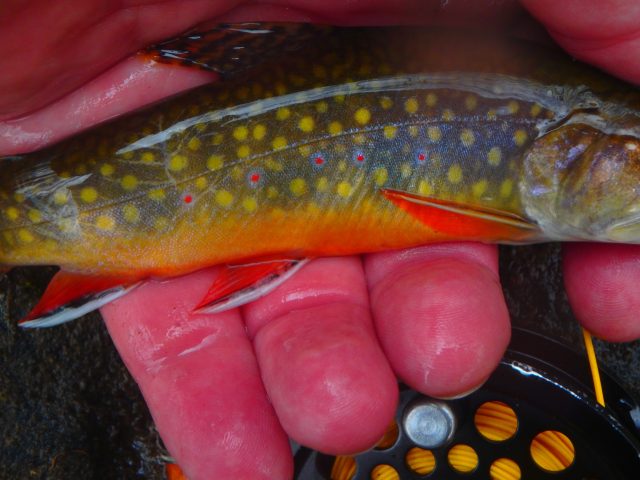 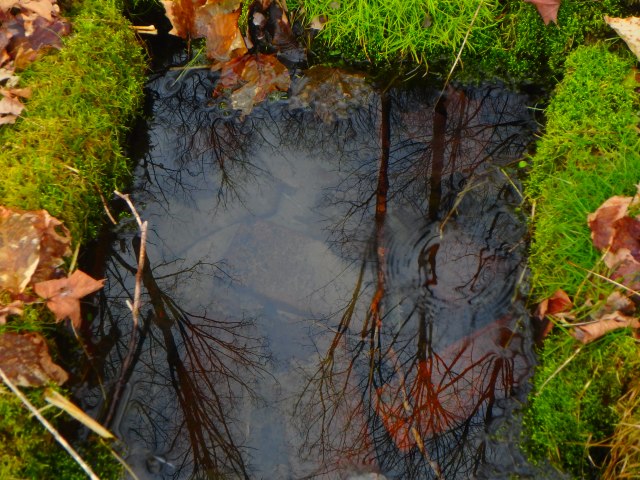 Welcome to Rivertop Rambles. This is my blog about the headwaters country-far afield or close to home. I've been a fly-fisher, birder, and naturalist for most of my adult life. I've also written poetry and natural history books for thirty years. In Rambles I will mostly reflect on the backcountry of my Allegheny foothills in the northern tier of Pennsylvania and the southern tier of New York State. Sometimes I'll write about the wilderness in distant states, or of the wild places in the human soul. Other times I'll just reflect on the domestic life outdoors. In any case, I hope you enjoy. Let's ramble!
View all posts by rivertoprambles →
This entry was posted in Uncategorized and tagged brook trout, Cattaraugus creek tribs, environment, etiquette, fishing taverns, fly-fishing, forest, friendship, nothing to say, Pennsylvania Wilds, philosophy, photos, small stream fishing, steelhead, stonefly, western New York, wild, Zoar Valley. Bookmark the permalink.

20 Responses to So, How Was the Fishing?