A Long Pool on the Mountain

The hike begins near Charlottesville and brings you to the Shenandoah National Forest. 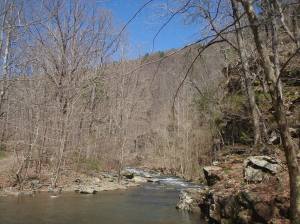 The stream is full-flowing but surprisingly clear, considering the fact that nearly two inches of rain had poured down on Virginia the day before and turned many waters into muddy broth. The stream temperature is a cool 50 degrees F., not surprising, since the April night had brought back freezing temperatures to the region.

It’s a beautiful afternoon with blossoms on the ground and on the limbs of trees and bushes. You’re glad for another chance to cast for brook trout in these mountains far from home. The water pushes forcefully against your waders and you’re thankful for the cleats on your rubber soles as you step with care and head upstream. 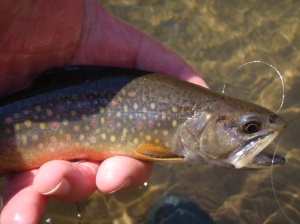 The trail crosses the stream again and there you rest and study the pool. A Louisiana water-thrush pipes a shrill, sweet song from somewhere on the cliff. A long cast with a Hare’s-Ear nymph connects with a small brook trout, and you admire it briefly before returning it to the pool. Then you see it up ahead– a rise in the deep flow where the waters push against the wall of rock.

The fish rises again and again to what you’re certain is a mayfly. Your imitation is a 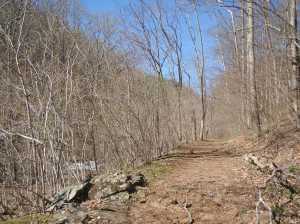 floating pattern known as the Quill Gordon. You cast the fly repeatedly and find the problem– conflicting currents between you and the fish do not allow a decent float. The fly drags quickly and threatens to put the trout away for good.

You consider lengthening the leader to allow a better float, but you repeat a longer cast and drop the fly beside the rock. The trout rises and takes the fly, at last. 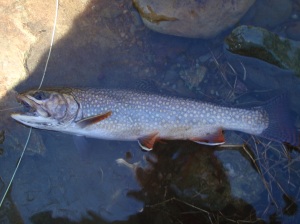 The struggle is a strong one on the three-weight rod but the fish arrives at hand. It will measure close to 12.5 inches along the rod, the largest brook trout of a year. The fish is a good one for this mountain stream that’s still recovering from floods occurring in the 1990s. An hour’s walk back down the mountain is an hour filled with peace. 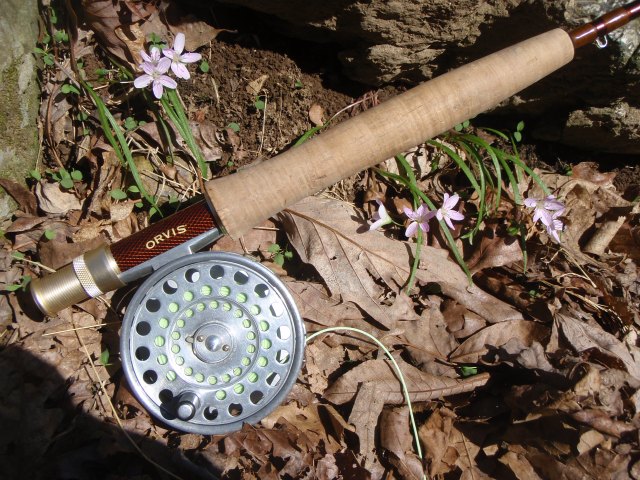 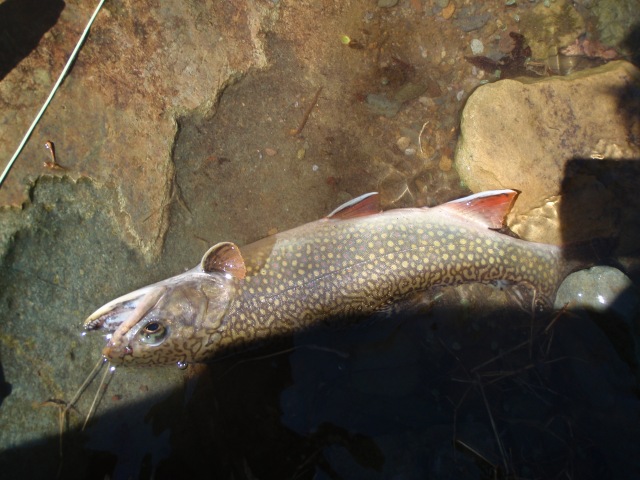 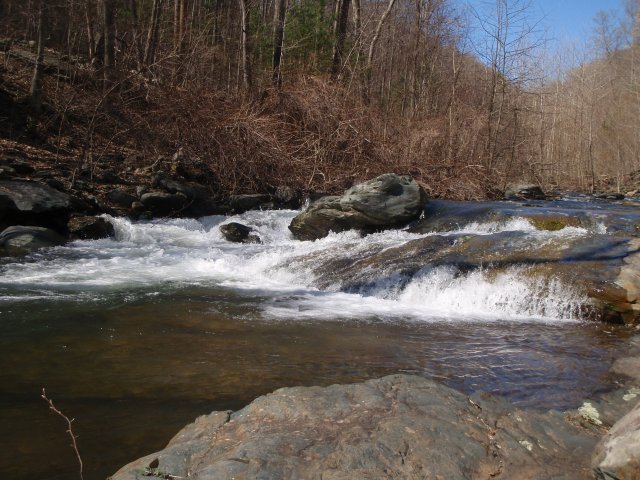 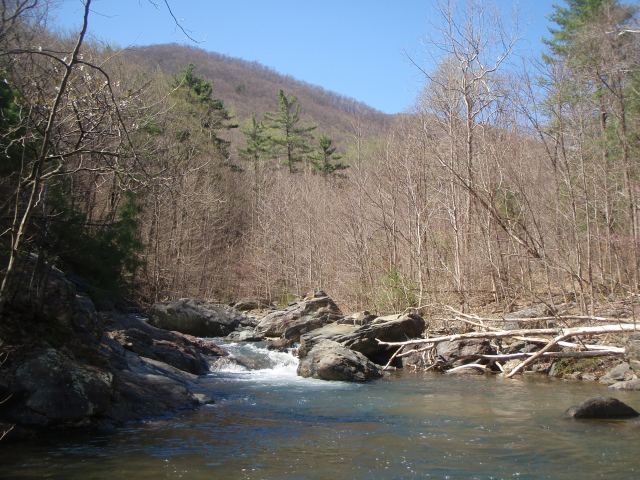 Welcome to Rivertop Rambles. This is my blog about the headwaters country-far afield or close to home. I've been a fly-fisher, birder, and naturalist for most of my adult life. I've also written poetry and natural history books for thirty years. In Rambles I will mostly reflect on the backcountry of my Allegheny foothills in the northern tier of Pennsylvania and the southern tier of New York State. Sometimes I'll write about the wilderness in distant states, or of the wild places in the human soul. Other times I'll just reflect on the domestic life outdoors. In any case, I hope you enjoy. Let's ramble!
View all posts by rivertoprambles →
This entry was posted in Uncategorized and tagged dry fly fishing, North Fork Moormans, Quill Gordons, Shenandoah National Forest, Virginia fly-fishing, wild brook trout. Bookmark the permalink.

18 Responses to A Long Pool on the Mountain