Top of the Hill

Posted on December 29, 2013 by rivertoprambles

hill situated between my home and brother Pete’s farm. The wind was cold in our faces; the snow brightened the landscape as we climbed the steep trail to the field and forest edge where Peter would be waiting, sheltering in the lee of a wind-bent maple. We’d been meeting near this point on Christmas Eve for many years, pausing there each time for the traditional refreshment before descending to a family dinner and gift exchange. 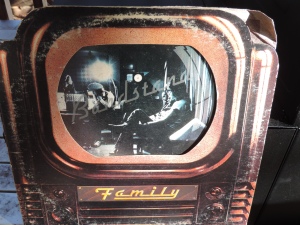 The climb to the hilltop brought a measured draw and exhalation of breath. Inhale, exhale, in… Like music gathering force and then relaxing the muscles. Later, I would be reminded of an old song, “Top of the Hill” by the British prog group known as Family, the “best rock band you’ve probably never heard of.”

But if you’re looking for time/ You’ll be looking until/ There ain’t no crying/ At the top of the hill… [from “Bandstand,” 1972]. One You Tube comment for the song says, “Amazing track live. Soothes and gathers, then blasts into a full experience at the top of the crescendo… blew Hendrix off the stage at Hyde Park.”

The summit wind was sharp on exposed skin. In a tougher gale, it might have blown us 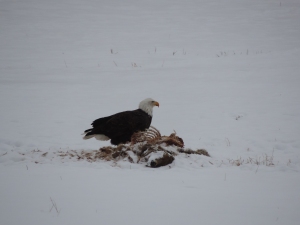 off the hill’s rough stage. But there we saw a few running deer, survivors of the recent hunting season, and a young golden eagle in black and white plumage sailing against the wind…

For a moment the eagle seemed to be the Bird of Time, Omar Khayyam’s spirit bird whose flight is short and, yes, already in motion… No way to get a photo of the golden in flight; no way to stop time, even if possible, until remembering a different eagle…  A week before, I’d seen and photographed a bald eagle feeding on the frozen carcass of a deer. I got that eagle image in my head again, and poof!  There it was… as close as I’d ever could get to “stopping time” while staying on my feet. 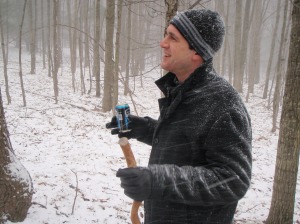 “…If you’re looking for time, you’ll be looking until/ Your head stops/ And your body is still….”

Another year had come and gone. By December’s end, it’s normal to think of time and its effect upon us individually and collectively. A bittersweet affair. My age tells me not to go there, but the spirit says, screw it! Lest auld acquaintance be dissolved….

The hilltop is a perch, of sorts, to look back on the peaks and valleys of the year, but the 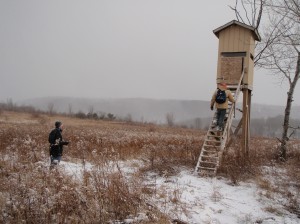 snow was in my eyes. The straining orbs were mostly glued to the present. My nose was running and needed a wipe. My companions didn’t look a whole lot prettier in the frosted view. A voice from elsewhere said, “Take care of the minutes, and the hours will shape up by themselves.”

In field and forest, tasting of beer and whiskey, we surrendered to the freedom of falling snow. It was good to be reminded that humanity invented the concept of time for those who (sadly) were enslaved. Somewhere in the folds of winter clouds surrounding us, the sun would make a brief appearance. 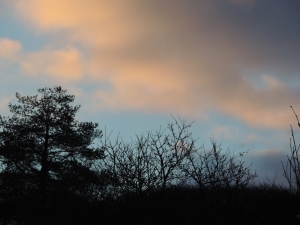 Later, while listening to the acoustic intro of “My Friend the Sun” (again on Family’s Bandstand), I thought about our ramble and surmised that 40 years of hearing this music was as young now as it ever was…

Although there’s been rain and it’s coming again/ Change has to be here, obviously./ Though my friend the sun looks well on the run/ He’s there in the distance, if you care to see…. 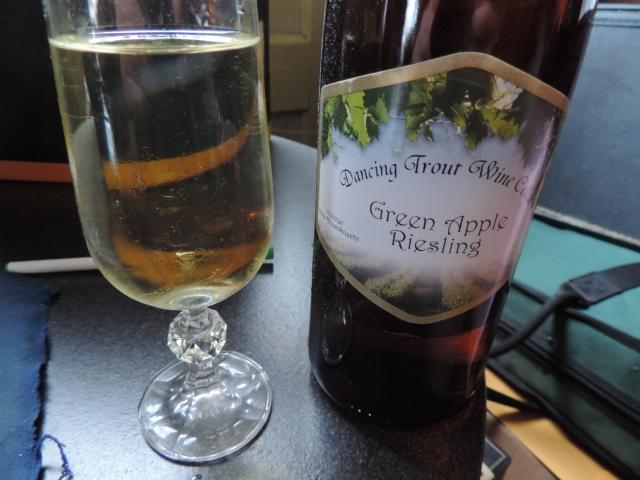 Welcome to Rivertop Rambles. This is my blog about the headwaters country-far afield or close to home. I've been a fly-fisher, birder, and naturalist for most of my adult life. I've also written poetry and natural history books for thirty years. In Rambles I will mostly reflect on the backcountry of my Allegheny foothills in the northern tier of Pennsylvania and the southern tier of New York State. Sometimes I'll write about the wilderness in distant states, or of the wild places in the human soul. Other times I'll just reflect on the domestic life outdoors. In any case, I hope you enjoy. Let's ramble!
View all posts by rivertoprambles →
This entry was posted in Uncategorized and tagged Bandstand, Bird of Time, eagles, Family (band), hilltop, Holiday traditions, Omar Khayyam, time/stop-time, winter hike, winter sun. Bookmark the permalink.

12 Responses to Top of the Hill