Where Rivers are Born

I visited a jump-across feeder stream that flows into a creek near home.

There’s a hole in that stream, a splashy pool measuring about five feet wide and three feet long. A month ago I saw the flash of a sizeable trout in that hole but didn’t catch it. The other day I returned with a careful approach below the pool. I made a bow shot underneath the branches with a 5’9″ rod and the fish quickly seized the nymph. A wild native trout measuring a full nine inches is a big fish in a nameless little feeder stream in the headwaters of the Susquehanna watershed.

The little stream is intermittent, according to the topographic map, but the pool is probably there, diminished beyond recognition, even in our driest summers. I suspect the brook trout lives in the pool year around. Its world is incredibly small, a five-foot pool that’s ruled by hunger and fear, where bits of food sweep in sporadically and are swallowed in a bolt of motion, where a different movement from above can be that of death from a paw or a long pointed beak. The trout’s world, so we think, is a place of full awareness differentiating the need to eat, to breed, and to survive from the hunt of predators. The trout we pull from the water won’t be eaten (if we’re not ruled by hunger) but its beauty will satisfy the soul.

The larger place where the rivers begin consists of a big family of waters that I’ve adopted or have been adopted by. These are wild, bright streams and rivers that give me reason to explore my place in the world, to seek out again and again those links between humanity and the infinite realm containing us. Along those banks and pools and eddies I can stalk their trout with a fly rod, pausing sometimes for a little speculation with a watchful eye. Here I’m able to exit occasionally from my box of habits and customs, from my little five-foot pool of life, to stretch and explore the greater world of creeks and rivers where the big fish swim, but even out beyond the hills and valleys of the water source, I like to hold my anchor at the beautiful roots. 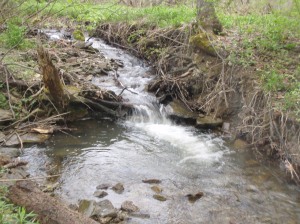 These are the wooded foothills of the Appalachian Mountains. These are the hills and upland valleys that resemble the convoluted surface of a human brain (a smart brain). These are a prime example of an eastern watershed divide. The summits are the sources of renowned streams like Oswayo Creek, Rock Creek, West Branch Genesee, and West Branch Pine, among many others. These are homewaters that absorb imagination and help develop angling skills. 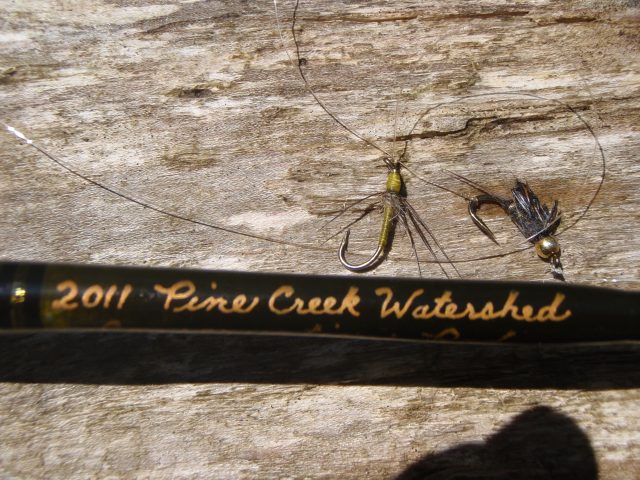 Welcome to Rivertop Rambles. This is my blog about the headwaters country-far afield or close to home. I've been a fly-fisher, birder, and naturalist for most of my adult life. I've also written poetry and natural history books for thirty years. In Rambles I will mostly reflect on the backcountry of my Allegheny foothills in the northern tier of Pennsylvania and the southern tier of New York State. Sometimes I'll write about the wilderness in distant states, or of the wild places in the human soul. Other times I'll just reflect on the domestic life outdoors. In any case, I hope you enjoy. Let's ramble!
View all posts by rivertoprambles →
This entry was posted in Uncategorized and tagged Appalachian foothills, feeder streams, homewaters, river sources, Susquehanna divide, trout's world, watershed divides. Bookmark the permalink.

3 Responses to Where Rivers are Born