A Myth of Trailing Arbutus

Trailing arbutus is a prostrate flower of the uplands famous for its tubular pink or white blossoms that exude a spicy fragrance. Leaves of arbutus are oval, leathery, and covered with rust-colored hairs. The five-lobed flowers can be found in clusters of bloom from March to July depending on the plant’s latitude and elevation. This ground-hugging species, the state flower of Massachusetts, has become rare or totally eliminated in many sandy, rocky soils where it once was common. Occasionally referred to as mayflower, the arbutus has an extensive underground root system so that wildflower aesthetes who plucked it for its beauty or attempted to transplant it were unable to do so without damage. Because the plant is also highly sensitive to changes in environment, we have in the arbutus an indicator species speaking for the status of the wild and our relationship to wilderness. In Epigaea, the Latin name for its genus, we have a brief description of the flower’s trailing habits. Epi is Greek for “upon,” and Gaea is Greek for the goddess Mother
Earth. Arbutus dwells inextricably upon the Earth. 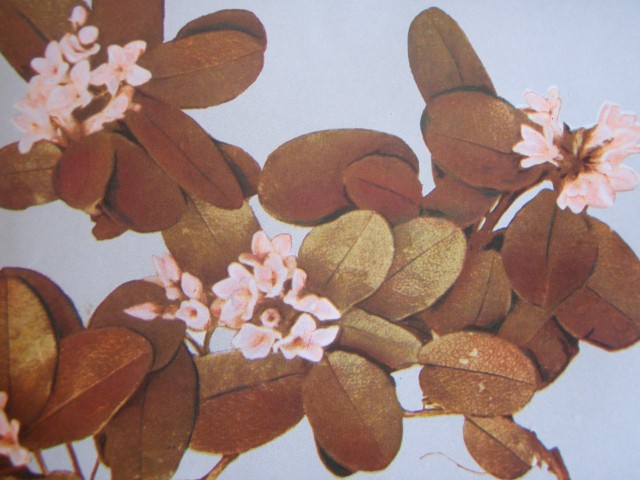 In rivertop terrain the arbutus is usually found on a dry southern slope of hardwoods or coniferous forest. I sometimes find the blossom while a trace of winter snow yet lingers  in the darkness of a northern slope or deep ravine. The flower seems to embrace the snow of months and weeks gone by, to hold it to the essence of its blossom where the slightest hue of pinkish blood is networked through the cream-colored petals.

There’s an Indian legend about trailing arbutus. It comes from this region where the Seneca once roamed at the height of the Iroquois Confederacy… 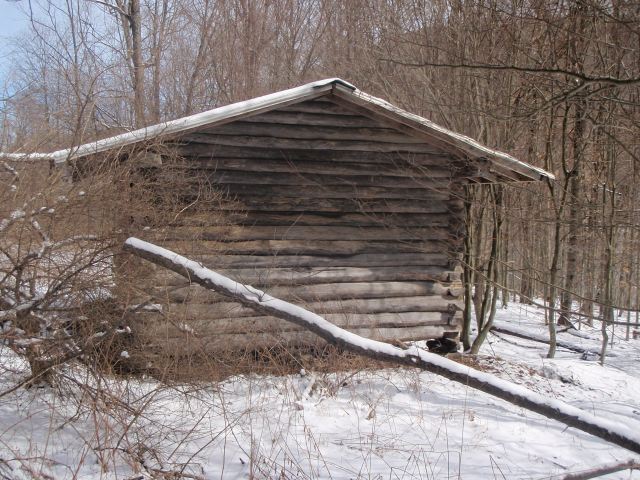 A long time ago an old man lived within a northern forest in a lodge beside a frozen stream. The man had long, hoary locks of hair, and clothed himself in bear and beaver furs. Snow and ice lay heavily on the land.

The songbirds had returned to the land but winds and evil spirits threatened them. The old man , suddenly chilled, went outside for firewood. On returning to his lodge he saw a beautiful woman entering his door. There were roses on her cheeks, and in her eyes the man saw the life of fawns. Her hair was as dark as the crow’s wing and her hands were clad in willow buds. She wore a coat of grass and ferns.

The cold winter wind retreated at the touch of the woman’s breath, but she spoke to the old man as a friend, saying “Don’t be sorry that you turn the world to snow and ice; your strength is great and holy.” As the old one sat and listened to her, watching sunlight in her smile, his head began to droop and soon he fell asleep.

The maiden passed a hand over his head. The man grew smaller and smaller and eventually disappeared. The many birds, flowers, and gentle winds arrived in the hills surrounding the lodge. From the maiden’s steps, wherever she passed, the trailing arbutus grew and blossomed…

I thought of the arbutus maiden and many of the world’s problems caused by our own species. On some pre-cognitive level I invoked her gentle presence on all the wintry hollows of the earth, and on all the various plagues.

Welcome to Rivertop Rambles. This is my blog about the headwaters country-far afield or close to home. I've been a fly-fisher, birder, and naturalist for most of my adult life. I've also written poetry and natural history books for thirty years. In Rambles I will mostly reflect on the backcountry of my Allegheny foothills in the northern tier of Pennsylvania and the southern tier of New York State. Sometimes I'll write about the wilderness in distant states, or of the wild places in the human soul. Other times I'll just reflect on the domestic life outdoors. In any case, I hope you enjoy. Let's ramble!
View all posts by rivertoprambles →
This entry was posted in Uncategorized and tagged arbutus maiden, Epigaea, Mother Earth, myths of winter/spring, Seneca Indians, trailing arbutus. Bookmark the permalink.